Bill Ngo is a Chinese migrant and proud to call himself an Australian. As a young man, he survived almost a decade of conflict in South East Asia.

But he is now facing the end of the line for his once-successful business, Guideline Furniture, in Sydney’s west.

“This year with the virus and the shutdown, it’s a big hit because a lot of contracts out there were cancelled,” the 60-year-old tells SBS News.

Now unable to afford the $8,000 weekly rent for a large factory, Bill and his family are packing up 20,000 items for storage and preparing to close the doors by the end of July. 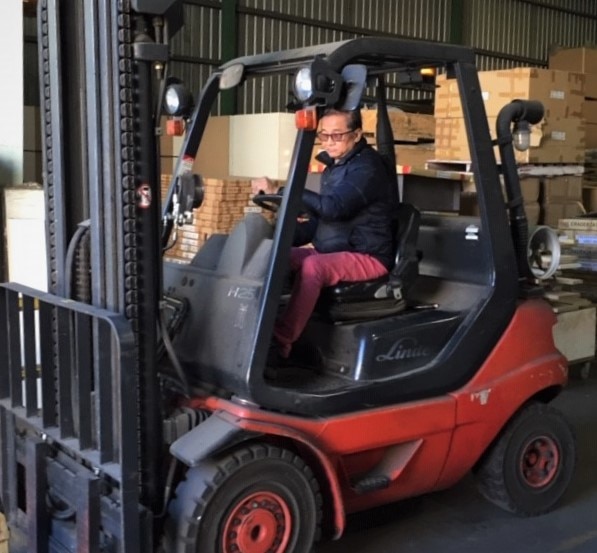 After 26 years, Bill Ngo is packing up his furniture factory in Sydney’s Liverpool.

For 26 years, the Liverpool business thrived by selling hand-made filing cabinets, tables and shelves to universities, schools and government offices. Prior to the pandemic, competition from importers selling cheaper furniture was costing Bill business and the coronavirus shutdown was the final straw.

Over the years, Bill has given work to dozens of refugees from Vietnam and Cambodia, including many with limited English skills.

Bill and his family speak Teochew, a dialect used by roughly 10 million people in the Chaoshan region of eastern Guangdong and more than five million outside the Chinese mainland. It’s one of five languages Bill speaks fluently. 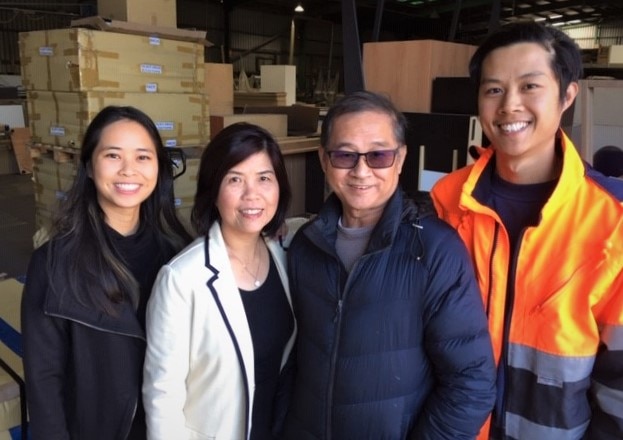 “When [refugees] worked here, they found it very comfortable because if we can speak their language, we can teach them slowly how to make things, how to make furniture,” he says.

He had to stand down his small team earlier this year and most have now been told to look for other work as the business slowly winds up.

A story of survival

Bill’s story epitomises the journey of 80,000 migrants who moved to Australia in the decade after the Vietnam war ended in 1975, many arriving as refugees. But the struggles of his family stretch back even further.

His ancestors fled Guangdong Province to escape hardship in the 1930s, starting a new life in Cambodia where his father later ran a rice processing business.

“My father gave back to the community, funding schools for Chinese students in Cambodia,” Bill says. “So the children from poorer Chinese families could still get an education.” 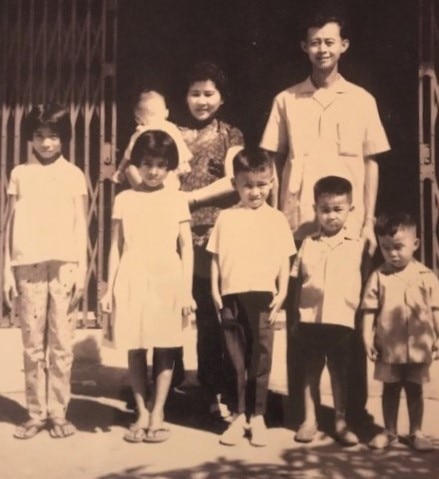 Bill Ngo as a young child (second from right) with his family in Cambodia.

Bill enjoyed a relatively easy early childhood in Cambodia, “and then [in 1967] the civil war began”.

“We were forced to migrate from our province to the city, and I had to go to work selling food because my parents could no longer support us.”

As war continued, the family was forced on the road again and taking only the clothes they were wearing, they were marched back to the Cambodian countryside.

The Khmer Rouge held power in Cambodia from 1975 until 1979 and claimed an estimated two million lives under Pol Pot. Millions of families died due to execution, starvation, disease and overwork after being forced to work on communal farms.

Fearing for their safety, in 1975 Bill’s family marched for days through the jungle, across the border into Vietnam.

“As a family, we were lucky to all survive the long walk, many people died,” he says.

“Then we started again with nothing. My mum had some skills to make street food, and for a family of 10 it’s very hard to survive on selling street food.”

“With no money to pay people smugglers, in 1979, aged 19, I went out by myself. I walked for 11 days into the jungle and crossed into a refugee camp in Thailand. It was very bad but at least they had the Red Cross there.” Bill Ngo as a teenager in a refugee camp in Thailand.

At that time, the Australian Government sent officials to refugee camps to select people for humanitarian visas. Bill was among more than 15,000 refugees accepted into Australia that year.

“I was working in the canteen at the refugee camp and then Australia gave me a second chance, a helping hand,” he says.

Initially, like thousands of other refugees, Bill stayed at a hostel on the outskirts of Liverpool which provided basic living conditions in former army huts. Refugees were crowded into a small space with minimal privacy.

“In 1981, after only two weeks [in Australia], I got a job, even with my broken English. In the old days, there were plenty of jobs.

“I worked as a cleaner. There was no need to speak English, you just had to have a strong arm and be hardworking. The first [English] word I understood was ‘overtime’. I said ‘yes, yes, yes, yes’  because we needed a lot of money,” he says laughing. Bill Ngo soon after arriving in Australia in 1981.

In 1986, Bill was able to sponsor his mother, older sister and younger brothers to migrate to Australia under the family reunion program.

He started Guardian Furniture in 1994 and for more than a quarter of a century has given jobs and a sense of belonging to other refugees.

“If you are a refugee, and you come here, it’s because you can’t live in your [own] country because of the politics,” he says.

Paul Power, the CEO of the Refugee Council of Australia says: “This country has benefited enormously from people who’ve come here for humanitarian reasons and started businesses and employed people.”

“So it’s really sad to see a business like this fold after so many years.

“Now it remains to be seen how many refugee-led businesses are strong enough to survive these tough economic conditions.”

Bill’s daughter Jess, 29, and son Daniel, 26, are both qualified engineers and chose not to continue in the family business.

“It happens a lot where migrants work very hard and build a small business to give their children a brighter future,” Jess says. “And then the kids go to university and get a [different] job, it’s a trend.”

While welcoming the opportunity for her father to take a well-earned break, Jess says she knows he is far from finished.

“He’s pretty resilient. This is nothing compared to what he’s gone through,” she says.

Bill too, is backing himself.

“I need some time to think over my next step. And then I will come back, and stronger.”

It was spring 2019 when Anthony Davis ’20 and his friends took a trip of a lifetime to Asia. They explored Cambodia, Vietnam, Singapore, Indonesia, and Malaysia. That’s when Davis was first drawn to Kuala […]

The Ministry of Education, Youth and Sports (MoEYS) has announced that the re-opening of schools has been postponed until further notice as preventive measures against the COVID-19 pandemic continues, according to a directive issued yesterday […]

Around 90 percent of the world’s students are currently out of school as a result of the global pandemic. How prepared are we to face the fallout of having schools closed for this long? By […]